In my final year of rabbinic training, I participated in a program that trained rabbis for, and placed them in far flung communities. My choices were Wellington, New Zealand, or someplace in Latin America. I chose the former, saying to myself, "Hey, they speak English. How different can it be?" (Answer: Very.) "Anyway, going to Latin America, would mean I would have to learn Spanish. When on earth will I ever need that again?" Smash cut to seven short years later, and where do I move to? That's right, Tejas.  (How DO you say, "Poor judgment," in Español?)
Now, you might be saying to yourself, "What's he crying about? He's a rabbi! When does HE ever need Spanish?" Well, think again. When you marry about 50 interfaith couples a year, the answer is, "More often than you think!" About a quarter of the U.S. population below 17 is Hispanic, and 58% of Jews marry non-Jews. Do the math, and you will understand how many Hispanic Jewish weddings we should expect in the next few years.


My anecdotal evidence fits these statistics. There are more and more couples, that want some Spanish in their ceremonies. Usually, the non-Jewish side is the Hispanic one, but sometimes it is the Jewish side. Beyond that, as the world becomes smaller and flatter, there are interfaith couples in Latin America, who choose an American rabbi to officiate their weddings, but still want the ceremony to be officiated entirely in Spanish.


The first part of a wedding ceremony I did in Spanish was the Priestly Blessing. I just had a friend teach me how to read it. At the time I really thought I would not go beyond that. That whet my appetite, though, and I decided to take a course or two in Spanish at our local community college.


The "secret" I discovered regarding Spanish is that Spanish is one of the easiest languages to learn to read. English, which is really a hodge podge of different languages, has many different exceptions, and spelling and pronunciation sometimes bear little relation to each other. Spanish, however, much like Hebrew, has a pretty consistent set of consonants and vowels. Once you learn how pronounce each, you can read pretty much anything. Beyond that, the rules of very basic Spanish grammar are, once again, much easier to grasp, than those of English. One more thing that helps English speakers is that the number of cognates (identical or similar words) shared by English and Spanish is great.


Once I took two Spanish courses, I was able to mix more Spanish into ceremonies. If a couple was willing to translate something, I was willing to master saying it at their wedding. Then, in December 2012 in Santiago, Chilé, and once again in August 2013 in Santa Cruz, Bolivia, I successfully officiated two ceremonies entirely in Spanish. Each time I practiced what I was going to say, so I could say it fluently, and so both ceremonies went quite smoothly. In fact, both times, during the reception, people came up to me, and attempted to speak to me in Spanish!


The funny thing about going outside our comfort zone, and learning how to operate in Spanish is that in a way, it is like coming home. Spain was home to one of the greatest Jewish communities ever, for hundreds of years, prior to their expulsion/forced conversion by Ferdinand and Isabella in 1492. The Jews who left Spain took with them a Spanish dialect written in Hebrew characters called Ladino, a language some use to this very day in prayer and speech. Some ended up in the New World, and in the nascent United States these Sephardic (Spain in Hebrew is Sefarad) Jews were more numerous than their Ashkenzic (Northern/Central European) brethren.


At the same time, many conversos (forced converts, who sometimes remained secretly Jewish), made their way to the Americas too, in attempt to escape the Inquistion. As its long arm reached across the Atlantic, many of them moved north to the outer reaches of Spanish territory, as far north as today's American Southwest, only to vanish into the local Hispanic populations.


In these senses, officiating a wedding with some Spanish in it, or even entirely in Spanish, is nothing new, and certainly not alien. The past is once again present. It is indeed just coming home. 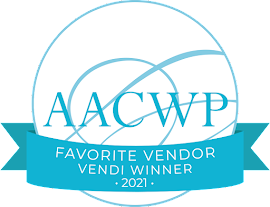